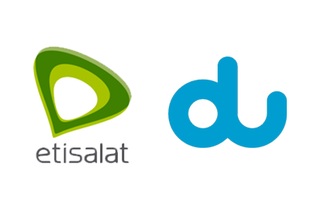 This blog will explain why Du is the best internet service provider and better than Etisalat.

Finding a good internet connection is always a mess when you are new in UAE. Sometimes, people living in UAE for decades also face these problems. Thus, this blog will highlight reasons Du is better than other telecom companies in UAE.

Though the competition between the telecom companies in UAE is not that much intensive as compared to other nations. However, people still have few options from where they can choose their telecom service provider.

Two of the most dominant telecom companies in UAE are Du and Etisalat. Altogether, these two companies hold the maximum market share of the telecom industry of UAE.

Du vs Etisalat – Coverage and Comparison

Etisalat is the oldest telecom company of UAE. This enables them to serve almost all the areas of the middle east region.

Despite being active and present in most of the areas of the country, Etisalat is unable to provide quality services to their customers.

This gap in the market was filled by Du as they are providing quality service in almost all of their coverage areas. Furthermore, the Telecommunications Regulatory Authority (TRA) in the United Arab Emirates has announced the performance stats of Du and Etisalat.

So I believe now your confusion of choosing between Du or Etisalat for home internet is now solved.

The performance stats depict that Du scored 97.2% in the outdoor voice quality whereas Etisalat was able to score 95.3%.

The major comparison in terms of call, data and LTE packages between Du and Etisalat are stated as follows:

All the data mentioned above is released in the latest survey reports of TRA.

Still, if believe Etisalat is better than Du than you must check our offers by visiting our homepage. Similarly, you can do the same for converting your connection from Etisalat to Du.